A night in Aosta, Italy 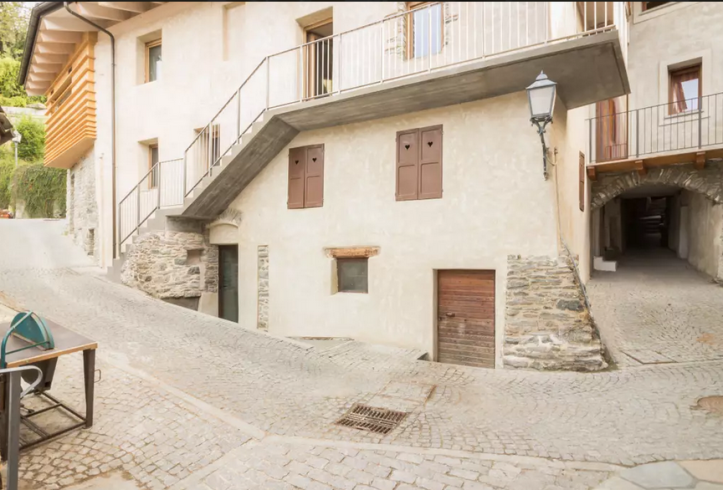 In July 2017 my family and I travelled from Manchester UK to Tuscany in Italy in our 11-year-old car. The dog was booked into a dog-sitter for three weeks, my out-of-office message was switched on and we were off, down the M6 and M1 to spend the night at a friend’s in London.

Early next morning we were on the road again, this time to Kent and the Eurotunnel terminal. Millions of people have boarded Eurotunnel trains, but I had never been one of them until now. The operation that goes with thousands of people driving onto a train, being transported under the Channel, then delivered above ground on the other side is mind-boggling.

But it is so smooth that soon you forget what a huge engineering feat it is and are just wondering how soon you’ll get there. The answer is about 35 minutes. We were released out the other side, funnelled away from the French terminal and in a few more minutes were on the French motorway heading south. Goodbye modern wonder, hello three-week adventure.

Driving in France outside of cities reminded me of driving on the American motorways I knew as a teenager. Fewer cars than England, unremarkable open contryside on either side. The motorway services are smaller than in England and more frequent, some of them just picnic areas with recycling. Our first meal on the road was French bread at a picnic table, with leftovers I’d brought to clear out our fridge at home. Dressed up with some some cold service station Cokes, it was perfect.

After six hours of driving from east London, night one on our travels was spent in Troyes, France. A beautiful medieval town with a mix of people, all very friendly to us and to each other. We felt a long way from home already.

The next day we were back on the road for six more hours of driving, heading for the Alps which came into view by the second half of our day. There was a 75-minute queue to go through the Mont-Blanc Tunnel, made more stressful by a smell coming from our air-conditioning, which had a hint of burning clutch. We inched our way up the incline in the heat, debating what to do.

We just had to get through the tunnel and luckily our car was up to the job after all. After a long, cool but tense drive through the tunnel, we were in Italy and heading down the mountains towards the Aosta valley.

Our final challenge of the day was finding our Air BnB apartment, which would neatly fit four of us into small space on two levels wrapped around a stairwell… or that’s what it looked like on the website, at any rate. It was in Charvensod, a ski resort about 5km beyond the town of Aosta.

We got there around 7.30pm, hot and dusty from the car journey and perhaps not perfectly placed to appreciate this little gem fully. We would have been grateful for anywhere with beds and a bath.

What we found perched on the hilltop was a patchwork of stone buildings dating back to the 1700s, some of which had been bakeries and working buildings and others homes, all mixed together and one starting before another one ended. Our hosts Michele and Evette lived in one of the homes, with Evette’s family living in others nearby. The couple had created two small B&Bs out of some of the buildings and were working on a third, but aren’t permitted to develop any more.

Michele is a designer and used steel and glass to transform parts of these old buildings into living spaces. He’d added ultra-modern lighting, wet rooms with ’emotional’ showers and steam rooms which heated up and down in timed cycles. All more than a road-weary family of four could take advantage of on a quick stop-over. But if fate is kind I’ll return one day to enjoy it fully. 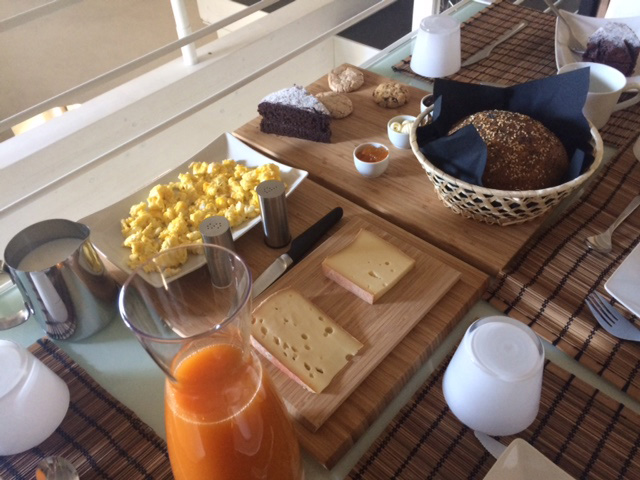 Our breakfast was all home-made by Evette and carried into our room. Cakes, biscuits, bread, with apricot juice and cheeses of the region. A love letter from Aosta, on a plate.

This was the start of our Italian life for two and a half more weeks, and we set off on the road south taking goodness from this old village at the foot of the Alps with us.